Auckland airport was filled last week with mixed emotions when  14 young adults and their parents prepared to board their flights back to all corners of the country after completing the annual NZDSA Youth Camp.

The participants and their supporters were still buzzing from their amazing experiences during the three-day camp in Long Bay, north of Auckland, but also shed a tear as they had to say farewell to all the new friends they had made.

The annual weekend is one of the highlights on the NZDSA calendar where young adults from all regions in the country are nominated by their local groups to be invited to this fully funded camp of fun, action, laughter and great food. The change in the mood of the group and the interactions between the young people and their carers between arrival and departure was incredible to witness.

When the group first gathered on the Friday, most participants were understandably shy and nervous of what they could expect.

Some had never been on a plane, and some had never spent night away from their parents, as the young people each got their own room at the beautiful Vaughn Park, looking out over Long Bay beach.

The parents stayed nearby in another house on the same property, but for some participants even that small separation was a big step in growing their independence.

After the first introductions and getting familiar with their new surroundings the young adults were driven to Xtreme Entertainment where they proved to be extremely competitive in their ten-pin bowling and barely had time to eat the pizza on offer. The Saturdays are traditionally action-packed at the Sir Peter Black Maritime Education and Recreation Centre (MERC) where the wonderful instructors gently guided the young people through the first steps of rock climbing and abseiling.

Some of the young people were clearly not impressed by what was lying ahead but all showed incredibly courage as every participant conquered their fear of heights and abseiled the intimidating wall. The rock climbing proved to be a bit more challenging but again all participants gave it a real go and many of them managed to reach the top of the wall. All that activity had created a real hunger, but the Rapid Response Team were there to the rescue and feed the crew a much appreciated lunch of burgers and chips. In the afternoon, the MERC instructors brought out the archery gear and the participants showed a real knack of hitting the target. For many of them it was the first time they had handled a bow, and they all enjoyed learning this exciting new skill. 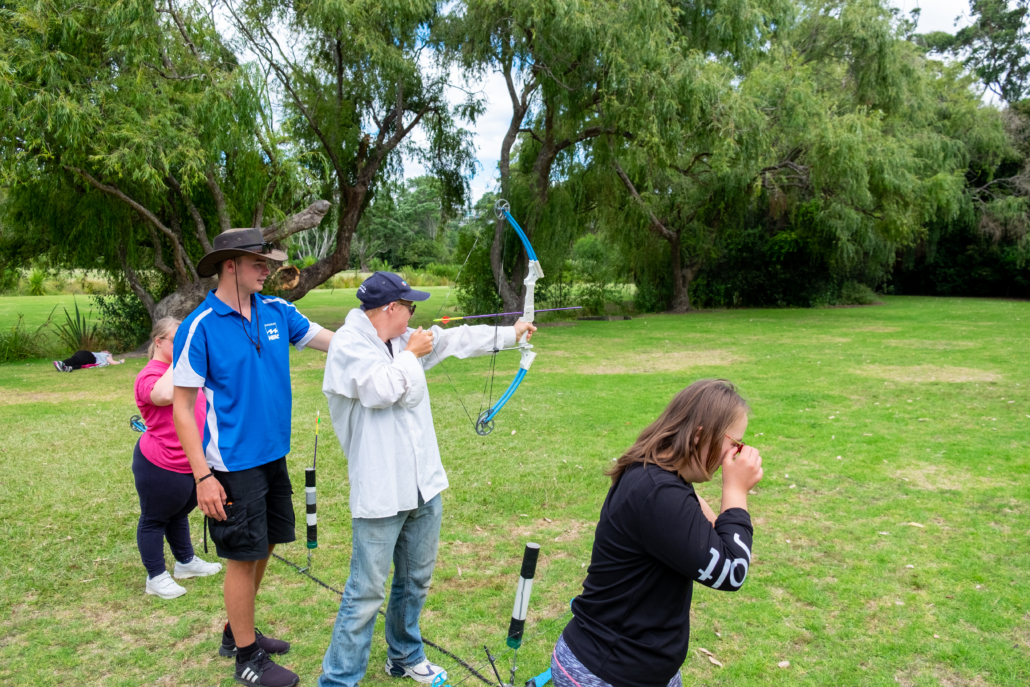 After a well-deserved rest, the youngsters dressed up for a beautiful dinner prepared by the Vaughn Park staff,  but any extra kilos were quickly worked off when the dining room was turned into a dance floor. The crew particularly enjoyed songs from Mamma Mia and Grease, but all showed their unique dancing styles with a variety of music. A slightly jaded group arrived at breakfast on Sunday, before heading into an art session to reflect on the weekend and about the new things they had learned. Several of the parents also commented about their own personal development and how impressed they were with their children trying new things and showing more independence than they had expected.

Most caretakers vowed to use the new lessons to let their children become more independent.

The weekend created some wonderful new friendships and many exchanged details to stay in touch.

The NZDSA Youth Camp is a unique opportunity to learn, for parents and their offspring, and build new networks.

If you are interested in attending at the next camp in late 2021, contact your local NZDSA representative and put your name forward.