A time-defying team of Special Olympics footballers from Hawke’s Bay this  is set to qualify for an incredible eighth National Summer Games.

The Hawke’s Bay football team – with players ranging from 71-year old Danny Dromgool to 9-year-old Dominic Hoskins – have been a regular feature at the National Games for longer than most can remember.

The National Summer Games are the four-yearly pinnacle event for Special Olympics New Zealand with nearly 2000 athletes and coaches from all corners of the country expected to compete across 11 sports at eight venues in Hamilton. 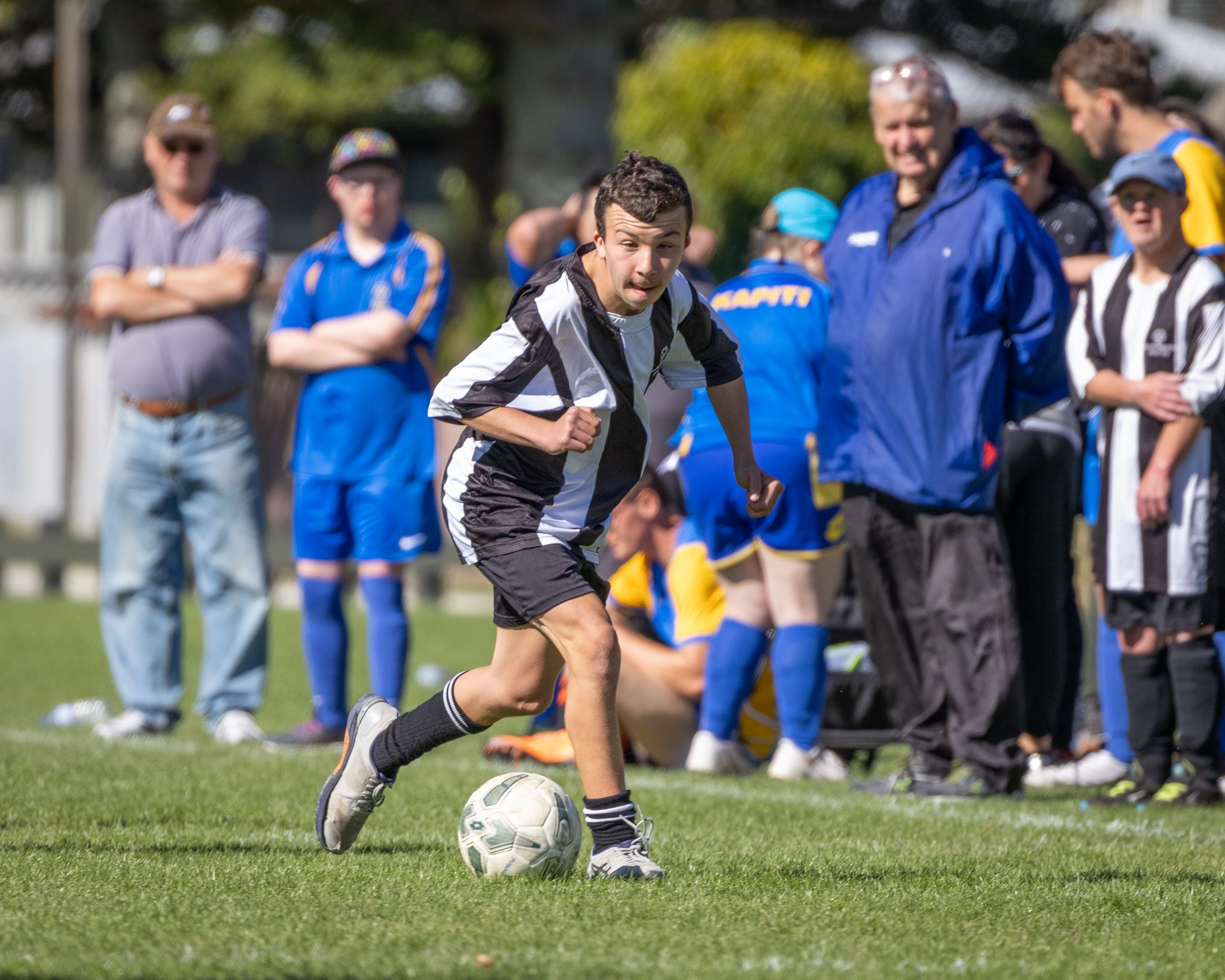 Coach Jack Lowe has lost count how many National Games the squad has attended ever since Shayne Crabtree and himself put their hands up to help out a few youngsters with intellectual disabilities who wanted to play football, now close to 30 years ago.

“I am not sure we if we are the longest running team in the country, but we are definitely the happiest,” says Jack who had no other involvement in football and never planned to dedicate half his life to Special Olympics.

“But once you put your hand up for Special Olympics, you seem to be part of it until you die. The athletes rely so much on you and become such a big part of your life,” says Jack, who has enjoyed every minute of it.

The Hawke’s Bay team this weekend competes at the regional Special Olympics football tournament in Manawatu to ensure all the players have officially qualified to compete in Hamilton in December. Jack rattles off endless heart-warming tales about his team competing around New Zealand and Australia, including one Trans-Tasman event in which his team struggled to score.

“We were badly losing each game, but nobody cared. One game we finally got close to scoring, but our striker’s bootlaces came loose.

“Instead of stopping the ball, the Victorian goalkeeper bend down to do up our player’s laces. But even with the goalkeeper busy with the laces, we still couldn’t score. That was a classic Special Olympics moment.”

The coaches are clearly hooked on the joy their players get from the game and the unique moments Special Olympics events provide.

And they are not afraid to push the boundaries, trying to find a place for any player, whatever their disability.

“A few years ago, one new player insisted he wanted to be in goal, but when he walked onto the field, we realised he was blind. Every time the ball hit him he’d would ask if he had saved it. “Unfortunately he started to get a bit angry every time the ball hit him too hard, so we had to try someone else,” says Jack, who has a daughter swimming in Special Olympics, but because of his footballing commitments he has not seen her compete for eight years.

Jack says his charges can’t wait to get to Hamilton and reconnect with the close friends they have made competing around the country.

“When the teams get together it is hugs and high-fives all around when they see old friends, old girlfriends or former boyfriends.

“The National Games are very social and some athletes are convinced they hook up with three or four new girlfriends in that one week,” laughs Jack, who along with Shayne is slowly thinking about retiring from coaching and has started to bring in some younger coaching talent.

“My favourite moment? When they get off the bus after a three-hour bus ride and they are all very tired, but still all make sure they thank you for coaching them.”